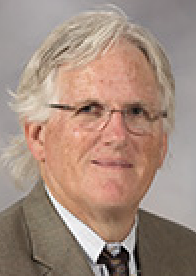 Dr. Robert Hester is professor and interim chair of the Department of Data Sciences at the University of Mississippi Medical Center. He joined UMMC in 1985 after completing his Ph.D. in biomedical engineering jointly from Mississippi State University and the University of Mississippi Medical Center, following by a postdoctoral fellowship at the University of Virginia. Dr. Hester’s current research focus is continuing the computational simulation of human physiology started by Drs. Guyton and Coleman in the 1970s. He is leading the development of HumMod and other integrative physiological models for understanding human physiology and the development of in silico clinical trials. 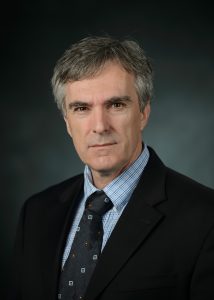 His research focuses on mathematical optimization, predictive and prescriptive analytics, and high-performance computing. Rego’s publications have appeared in books and in leading journals on optimization such as the European Journal of Operational Research, the Journal of the Operational Research Society, Parallel Computing, Computers & OR, Computers & IE, Annals of OR, IEEE Intelligent Systems, OR Spectrum, Applied Soft Computing, Journal of Heuristics, Networks, and Management Science.

Rego has served on several scientific committees, including a review panel for the National Science Foundation, and the National Sciences and Engineering Research Council of Canada, and also has served as examiner on several doctoral dissertations in Europe, the U.S. and Canada. He has organized and chaired numerous sessions and clusters in international conferences, and has served as an invited speaker in numerous tutorials and plenary sessions. 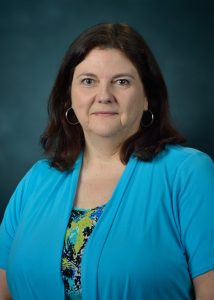 Dawn Wilkins, Ph.D., is professor and chair of the Department of Computer and Information Science at the University of Mississippi. She joined the university in 1995 after completing her Ph.D. in computer science at Vanderbilt University. Her research is primarily in machine learning, bioinformatics, artificial intelligence, and database and natural language processing. She is a longtime supporter of cross- and multidisciplinary collaboration, having worked with faculty and researchers in a number of different fields. Wilkins is serving as interim co-lead of the Big Data Flagship Constellation.